Plans in the making

Back to making shuttles. I had to review my tutorial to remember how to make this. It's embarrassing. I broke it drawing it from the mold but not worry, it's completely fixable. I planned to dome it in layers to give it more substance, so it wasn't that much more to use the resin to glue it back together. This sudden urge to make shuttles stemmed from me offering to make a pair for a friend from work who's daughter just learned to tat.
I will need to make new molds for the post style shuttle but for now I thought to cut out blanks and shape those. There's a lot of sanding I'm not fond of doing to get these into their correct shape. 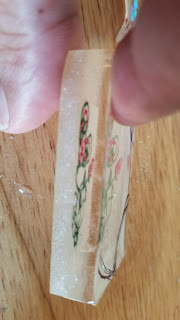 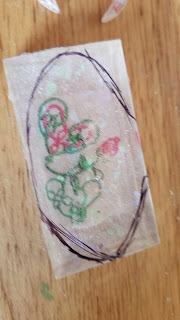 More of my Wish.com molds came in and I went to play with them. This is a tubular pendant mold that was supposed to be a hexagon shaped one. I made a clay pokemon heart and dropped it in. I need to remove some off the top to make it even to finish this pendant. 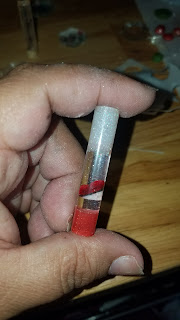 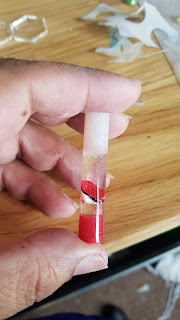 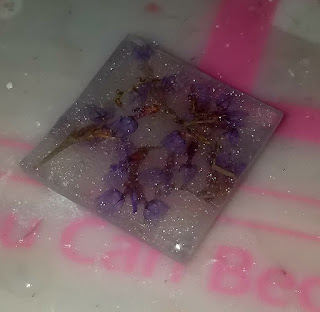 This tile just needs to be domed and a bail added. I like the wintery feel of this piece. 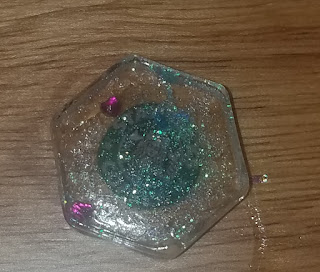 I got it in my head to make some water globe styled pendants. I was inspired by watching so many videos on aquarium nails on YouTube. So far, it need much work. This would probably work better with UV resin, but I do have that gallon of epoxy resin that is so near the end that I have to use up. Actually, I wanted to make a tatting shuttle with the floating glitters in it. 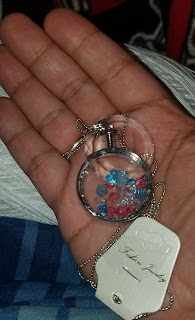 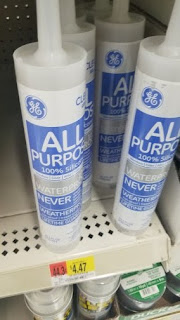 This pendant arrived damaged. The glass cover came unglued. I will make a mold out of the emptied pendant then put the little glass hearts back in and fix it. I will of course have to pick up some more silicone from Wal-Mart to make the molds.

I put off making molds because the smell from the silicone is so strong. I suffer from asthma so this had made it incredibly difficult to work with both the resin and make the molds. I don't have enough Oyumaru to make anything but tiny pieces.
No comments:

I found a new website to purchase resin supplies. Okay not exactly resin, but molds and inclusions. I picked up a few molds and some dried flowers, and most recently, internal watch gears. Most of the inclusions were meant for nail art, but hey the work for resin as well.

I got inspired to make my own Pandora style of beads. Searching for this particular style of mold was not fruitful. I purchased a few random larger sized beads from my local craft store. I was going to make my own mold with these. Now the easiest thing to do was probably go buy at least 1 Pandora bead and make a mold out of that. I wanted a workaround. Those beads are really pricey! After making a mold out of a larger round bead, I realized that it was not the correct form needed for the hardware the P-style bead required. I put that mold aside and it sat there gathering dust in the mold drawer. Until I went back to the new website, Wish.com. They had listed bead molds made of silicone, for a dollar! I bought a few in different styles. The downside...besides paying individual shipping on EVERY single item you purchase, was the wait time. It took almost a month for the molds to arrive. Even though most were from the same seller, they shipped individually so they had different arrival times. I cast a bead with a sea shell in the bead mold I made. 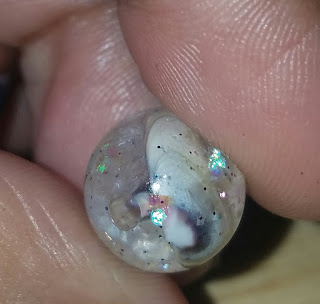 I had to do a lot of sanding to smooth out the roundness of the bead. Then I used the bead mold I ordered from Wish.com. 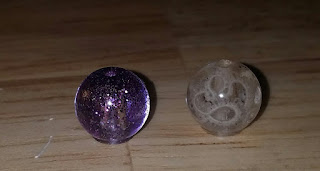 These are a little bit larger than the bead mold I made. I over filled the mold just a bit, which caused a lip to form on one side of the bead. For now it gives it a little seat for it to sit on while I took the picture. The sanding on these will be minimal to non-existent once I learn where the limit line is for resin on this mold. I should have stabilized the white tatting thread in the second bead before casting. It went semi-transparent. 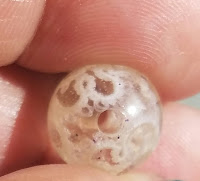 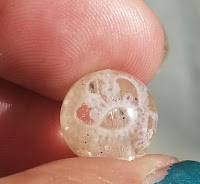 I knew micro bubbles were going to be present, the resin was cold when I mixed. The other mold I ordered was a candy mold. I liked the design and thought they'd make nice cabacones. I am going to have to hand paint the raised design then dome them to finish. 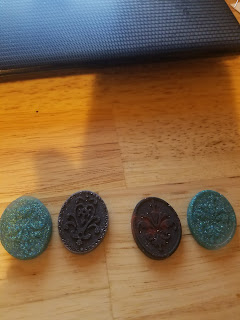 I have half a gallon of resin that is nearing the end of it's self life so I will be busy with random resin casting in the coming weeks.
No comments: 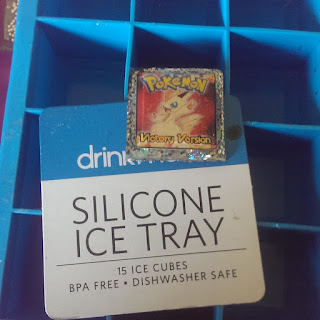 While at my local Wal-Mart store, I found this silicone ice tray.
I picked up to practice casting resin in it, just because it was made of silicone. When filled only a quater of the way, they made excellent tiles. I turned the first casting into pendants. 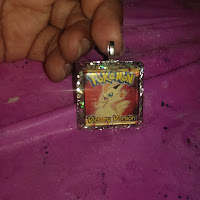 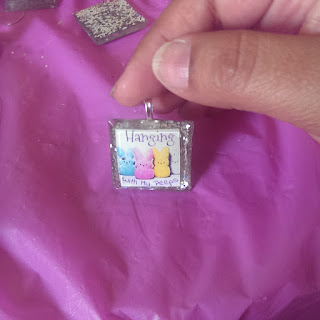 I think I may be able to cast my souvenir pennies/dimes from Disneyland in these and make "blocks" out of them. I'd then use those blocks to build the iconic Disneyland castle! A large and time consuming project but one that I think will be worth the effort. A much more dramatic display piece for my pressed coins. I can even add the photographs taken with the characters into it as "windows" in the castle. I'm going to have to pick up a few more of these ice cube trays to cut down the casting times at least. Assembly of the castle is another project in itself. Since we plan on going again for Halloween, I have to make sure to take enough coins to get the newest ones. 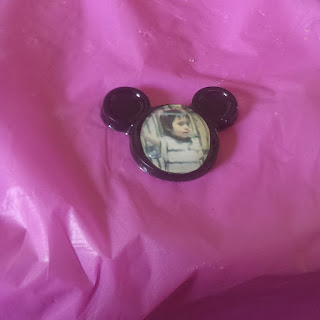 I ordered a Disney mold from one of the Facebook forums I frequent. Originally I was going to make pendants or keychains out of these. I have to remember one of the golden rules of resin casting: Be patient. This mold is shaped to create a dome in itself. I forced the pictures in prior to the dome setting rigid and ended up with air bubbles in most of the pieces. 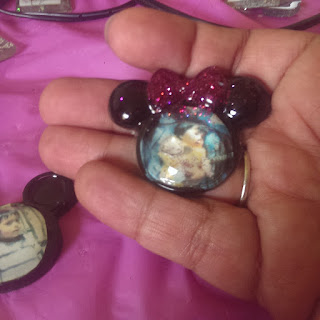 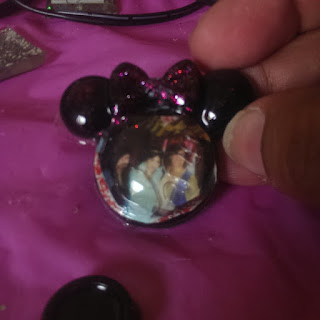 This one was the worst of them. At least I learned my lesson. My sphere mold I made with window silicone is finally wearing out. It lasted for about twenty castings. Not too bad considering that the silicone tube cost $4 and I still have over half of it left to make more molds. 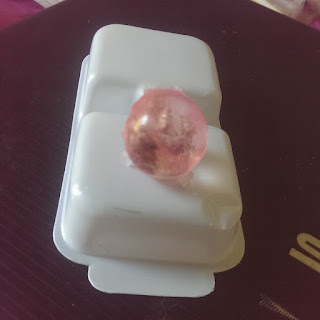 I finally took my first run at putting real flowers in resin. I think because the mold is so old, that a small amount of the tint from the flower petals seeped and ended up coloring the resin. I thought they were dried enough,but unfortunately they still needed another day or two to dry. 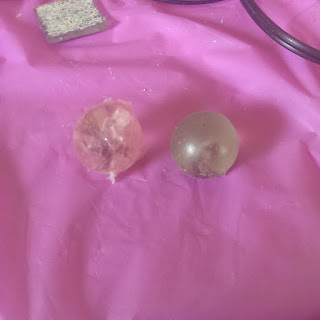 The second attempt left it very cloudy. I'm hoping that dipping it in more resin maybe clear up the haziness, but I honestly don't think it will make a difference. There was a lot of bubbles in the resin when I poured because it was cold when I mixed it. 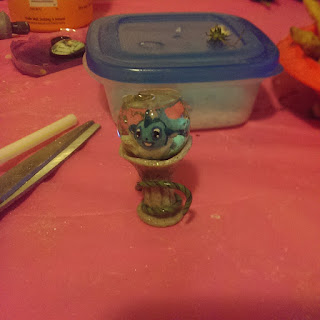 This little vaporeon in a bowl is part of my monthly Pintrest Challenge. This was a secondary attempt. I was working with clay and it triggers my asthma when it bakes, I made as many clay items as possible to bake it all together. This one is still missing it's flowers but it's mostly done.

to my little journey in the world of resin and epoxy. My trials and mostly, I'm sure, errors in the land of plastic encasing.